A Race Worth Running

A few months ago I blogged about my idea for this years Race for Life. My aim was not only to raise as much money as I could but to also cover my t-shirt with the names nominated by my sponsors. You can find the original post here.

There’s no denying that Race for Life is a very emotional affair, and for those who have lost someone to cancer it be a very therapeutic experience.

However it’s not all sadness, lets not forget that the race is primarily a fundraiser! A fundraiser which goes on to support Cancer Research, which means better treatment options for those who find themselves fighting The Big C.

One person facing such a fight is Gail Lautieri, and this is her story. 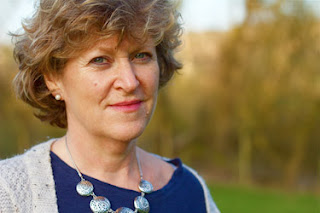 I was diagnosed with cancer of the kidney in November 2011. After a long ten week wait I had a radical nephrectomy on . From the histology, the tumour was classed as grade 4 and, at a whopping 10cm, you can imagine how grateful I was that my fabulous surgeon was able to do the op laparoscopically. There is only one thing more shocking than being told you have cancer, and that is being told you have secondaries. My follow up scan 6 weeks later revealed lung mets on both sides with numerous spots. I was advised by my consultant in that I would be prescribed Sutent, a type of chemotherapy, to try to keep it stable.

Prognosis? On average they give you a couple of years on it before it becomes ineffectual – then what?

As some of you will know, I've been researching my cancer and the possible treatments available for it with the painstaking meticulousness of a prospector panning for gold. Knowledge is power and when death stares you straight in the face, you would do anything to hang on to life.

Through my research I found two cancer forums, one here in the and one in the States. Both offered invaluable info and support and more than anything, the word we all cling to - HOPE.

The treatment everyone on the forums was shouting loudest about was HDIL-2: High-Dose Interleukin-2. A tough treatment done widely in the but very hard to find in the . For some it has even offered long term remission, for others it doesn't work. My research showed a glimmer of hope. I was pointed in the direction of Professor Robert Hawkins, of the in Manchester (UK) one of our top renal specialists and I fought hard to get a referral up to see him.

The day of my consultation with 'the Prof' (as he is fondly known by his staff and those who have been treated by him), was a glorious cloudless blue. It felt like the first day of summer – in the South of France. It was also the day when I knew that this was my chance to try to regain my life. It just felt right... I knew that, as tough as it sounded, this was the treatment I had to try.

Through this entire process I have discovered I have an indomitable determination to live. I have found reserves of energy and positivity I never thought I had.  So much of this I owe to the incredible support I have been receiving from my family, friends and people I've encountered out-and-about and online. The journey so far has been – both painful and inspirational. I have witnessed the very best of human kindness, and a love and care I thought only existed in dreams.

A phone call Thursday confirmed that I had passed all the stress tests and that my tissue type matched the required profile... So I was offered the one bed that would be allocated for HDIL-2 treatment – starting Monday April 16th.

This news filled me with excitement, gratitude and dread. I scrambled to book up accommodation for Franco (my husband); organised my daughters to ensure their week 'home alone' would be as straightforward as possible; got the shopping in, and tried to remember everything else that would be needed to ensure 'week one' of treatment in Manchester would go as well as it could.

Back to the treatment, (for the squeamish of you, look away now as I explain what I am about to put myself through). A week as an inpatient receiving 8 hourly doses of HDIL-2 through a PICC line right into my heart. The treatment is known as immunotherapy (or bake, shake and flake – as it's known in the !). Basically, it's trying to kick start my own immune system into killing the cancer cells. During this time the side effects I can expect are the rigors, fever, flu like aches and pains, nausea, vomiting, hallucinations, skin peeling, headaches, water retention, weight gain, low blood pressure and a risk to both my heart and lungs. Not very jolly – but the alternative? After week one, I have a week back home, followed by a second week back in hospital, when this is repeated all over again. Then I am back home for 2 months, after which time, I'll be scanned and then the cycle starts all over again. This could continue for over a year if treatment is showing to be working.


This right here is why I run every year. This is why fundraising is so important – to provide hope.

You can find Gail’s own blog here. Currently updated by husband Franco it very poignantly details the progress of Gail’s HDIL-2 treatment.

And you can find my Just Giving page here.

Thanks for reading and have a good week folks,