A few weeks ago, during a chapter re-write I decided I needed a certain character to turn up and look suitable shifty for a scene or two. Only when I looked I realised I had actually left him behind several chapters and a trek across the wilderness ago.

I also can’t remember what I left him doing, and this is someone best not left to their own devices! Certain characters are prone to misbehaving, wandering off and generally causing trouble…

But never fear, post-it notes to the rescue – I decided to map everybody’s whereabouts throughout the story, and hallelujah for funky stationary, I managed to get a different coloured post-it for each character!

The wall in my spare room now looks like something out of an episode of , but I am pleased to report I found my missing character (up to no good as predicted) and will be keeping a beady eye on him in the future.

If only this little guy were so easy to find. 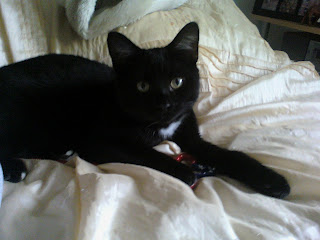 If you spotted my broken-hearted tweets this week you’ll know that Brian Bear has disappeared. 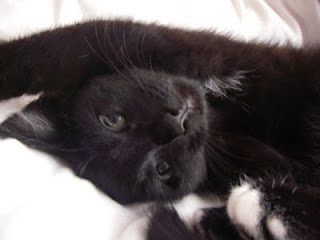 He went missing early morning on Thursday 10th May and we are rapidly losing hope that he will turn up alive and well. He’s never missed a meal in his life so we’re pretty sure he’s got himself trapped somewhere, and as the days tick by… well.

To make it worse, every night I’ve dreamt he’s come home, or that I’ve found him hiding somewhere daft. Makes getting up in the mornings a pretty miserable experience!
I miss his little white toes :-(

And on that note I wish you all a happy weekend. If you have pets give them all an extra squeeze from me.