Busy week this week – On Wednesday morning I walked all the way from Cirencester to on a sponsored walk. For those of you who don’t know the area it’s a good 16 miles!
We started at Ciren at 5:30am (otherwise known as ridiculous o’clock). The first 6 miles were pretty easy, if rather muddy, going. We arrived in Cricklade looking like we’d spent the weekend at , but I was quite surprised that after only 4 hours sleep, and 2 and a half hours walking, I wasn’t tired at all. 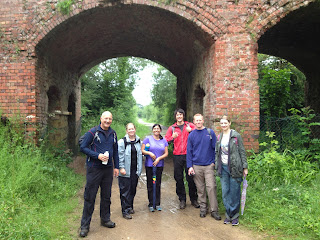 The second leg was not so easy. Though it was easier going underfoot (we were blessed with actual paths now) our brief stop was enough for my body to remember that it would really rather be sleeping. By the time we got to Shaw my legs were no longer my friends and quite frankly I could have slept quite happily in the dirt. 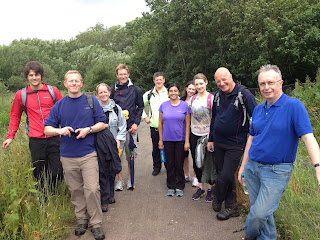 I did save a drowning butterfly along the way though, so, you know, not a wasted trip.
We got to work at 11:30, and after a rather extended lunch break, some of us even managed to do some work in the afternoon (or at least pretend quite convincingly). 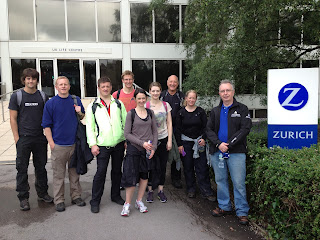 This was all to raise money for a local charity ABC (Affected By Cancer). So far we’ve raised a good £1000 and counting.

Start at Reading next year?

PS I haven't been slacking off on the writing, oh no, quite the opposite! Update to follow next week...
Posted by Laura Mary at 12:11